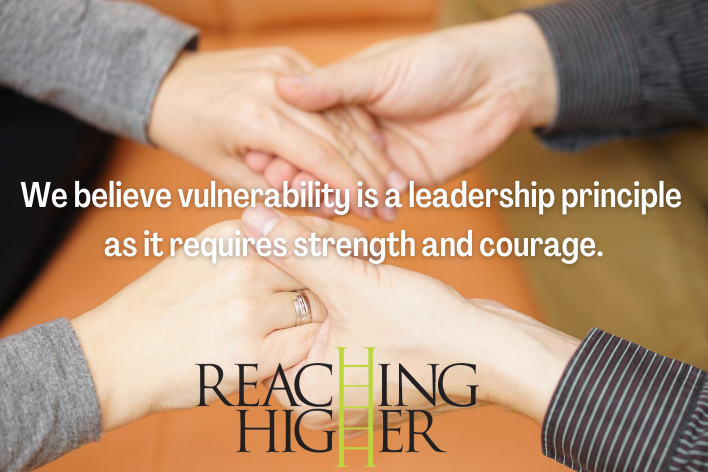 Showing up and being seen

Stepping into a Reaching Higher leadership class is stepping into a space where you begin to strengthen your self-confidence. It starts with having the courage to be vulnerable, by opening up and allowing yourself to be truly who you are.

Each week in a Reaching Higher class, students have the opportunity to speak in front of the class and share a leadership challenge they worked on. For the student, getting up in front of their peers, mentors and instructors takes a great deal of courage – but that’s when the growth happens. They feel seen, understood and respected.

The class runs for two hours each week for a total of eight weeks, ending with a graduation during which the student shares the impact the program has had on them personally, in front of their peers, family and friends. Having the courage to be vulnerable by showing up each week and allowing themselves to be seen has given each student the self-confidence and ability to now speak in front of an entire crowd of people at graduation. It’s powerful to witness, and more importantly, it gives the student a newfound confidence and self-respect.

Can you think of the last time you had to get up and speak in front of a group of people, or a time you avoided doing something for fear of being vulnerable? I think we can all agree it can be uncomfortable. But when we allow ourselves to step into those moments of vulnerability and have the willingness to do so, we come out feeling stronger and more confident in our ability.

Challenge yourself this week with the willingness to open up and step into that courage zone! Choose courage over comfort and allow yourself to be truly who you are because that’s when you can live your best life!